RSS
← Making memories of me
AWOL →

It’s been one year…. 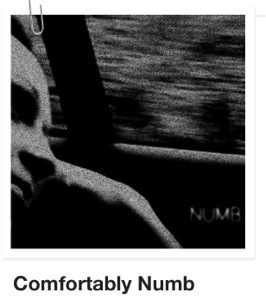 It’s been a year since the shit hit the fan…. so it seems only fitting that I write a post.

I feel I owe it to myself to revisit this blog -to face my demons- but also to anyone still out there wondering ‘what ever happened to Beth?’ so…here I am…and this is what happened

In July we had our first wedding anniversary…I had been anxious about it but we celebrated by burning some bad memories – those in the form of diary entries, letters which held dark confessions and even photos or ‘happy book’ pages which made me feel sick looking back on. Not because the times themselves were bad…but once you find out that most of your relationship has been a lie things kind of take a sour turn.

We took our burn-iversary as a fresh start; a chance to put as many of those bad feelings as we could behind us and instead focus on moving forward…on how to make things better and how to make new…REAL…memories. At the time I was still feeling uneasy, emotions were up and down constantly; some days all I could think about was what he had done whereas others it didn’t even cross my mind.

It was during one of these ‘up’ streaks that we had news from his work that we would have to leave for America….in September! As you can imagine my heart was in my stomach. I had given our marriage one year from THAT day to figure out whether I stayed or we went our separate ways…now I had a matter of weeks to make up my mind!?

One thing that kept nagging me was this gut-wrenching feeling whenever I considered NOT going with him. By this time I was past any “what would people think?” “what would I tell my mother?” crap and had learnt to focus on what I wanted and not what society would find alarming. I wanted to be with him, I wanted to try…but there was so much to do, so much upheaval… this was an international move…I would need a visa…I had loose ends to tie up…I would have to quit the job I loved….

I chewed it over and over -AND OVER…I spoke to my best friend – the only person (offline) who knows EVERYTHING about our situation- and she reminded me that I could always come home if shit went wrong again. Eventually I told my dad and my step-dad about my doubts, hinting that things weren’t peachy between us; I spoke to a good friend from the blogging world…they all said the same… “you can always come home” and “you would regret NOT giving it a go”

Through a series of events with work, visa applications and an unrelated court case the moving date was postponed for a month here and another month there -It was stressful to say the least but we got here in the end and so far I am NOT regretting it.

HOWEVER…(did you see that one coming?) with everything going on with the move the therapy, counseling and everything that goes with it has been put on the back burner. It’s not that we are ignoring the fact that we need to carry on working on things – believe me he made sure I knew that he WILL keep seeing someone and I made sure HE knew that if he didn’t I would have his balls in a vice-it’s just that with any move its stressful and expensive so we have to wait until it’s more feasible to go (and keep going) to sessions in order to make them count.

That being said… I’m bloody dreading it. Its been so nice NOT having to think about shit for a few months. The move has pushed us together and grounded my feelings for him; the stresses of everything have taught us to work together and communicate more than we ever did – I mean yeah there’s still that mars/Venus divide but as far as US as a couple we are much stronger – at least as far as I’m concerned. I suppose I’m finding the idea of going from pretend-ignorant-bliss back to shock-horror-here’s-another-bombshell rather unsettling…but who wouldn’t? As for ‘deeper’ progress there have been a few small victories for us…though reading this back they’re actually rather big.

Before we left England he had started feeling more physically (in the bedroom) but it was still rare. Now, however it’s probably 90% of the time. The sensation doesn’t last long but the fact that the frequency has increased massively means we must be doing something right (yay us!) This is a massive confidence boost for me, I don’t feel as rushed to ‘get it over with before he starts yawning’ and I can sometimes tell when it’s happening for him. We did have a type of code but that always reminded us of the ‘issue’ so now we just roll with it and see what happens.

We are a little more spontaneous with it, definitely more passionate/romantic and generally more relaxed…more loving. It’s like we are both actually present…we make eye contact…more kissing…I don’t feel like a hooker! Of course some days it all hits me again that this isn’t a ‘normal’ sex life and that for most couples it’s a lot ‘easier’ for them…but then I remind myself that it’s OURS, it’s working for us…and at least I don’t have a problem with a partner who is done in a few minutes ha ha (sorry but I have to laugh)

Out of the bedroom he is more caring too; he now has a phone and actually texts me during the daytime which has made such a big difference. He leaves notes for me sometimes when he heads off to work and he picks up a little something now and again if he stops off to get petrol or whatever on his way home. He told me a few months ago during a heart to heart that he now genuinely likes cuddles and missed the ones I used to give him; he had started feeling ‘less loved’ by me than before and cared enough -or felt enough- to actually say something about it (I had started blocking myself without realising.) He was honest enough to tell me things that he knew I wouldn’t like hearing -rather than lying to keep me happy) and said openly that he still needed to work some things out with a professional..

I still have issues with porn…like I said…who wouldn’t after everything? I have some filters set up on his phone and on the computer (with his permission – nothing sneaky) but we both agree that neither of us are ready for them to be removed – again not something I LIKED hearing but at least he was honest about it. I don’t like the fact that I haven’t deleted this blog, I don’t like that I WILL be posting on here more frequently once the therapy starts…but its the truth and I have to face it. I still have days where I remember that we do have a lot of work to do (and he agrees) and it hurts like hell but at least we realize this and aren’t just sweeping it under the carpet for good.

Yes there is a LOT of work to be done but we both know that and WILL get back into the swing of it once we are settled with everything else. For now…I am happy that we are making progress on our own. The bottom line in all of this? I’m glad I came with him, I’m glad I gave it a shot and I’m certain I want to keep working on it.

I am so sorry for dropping off the face of the…blogging-world. I have missed you guys, but I can’t lie I’m not looking forward to being back…I will be back though, just not yet.

Posted by Comfortably Numb on February 25, 2014 in The Present -How things are

← Making memories of me
AWOL →