Posted by Comfortably Numb on June 21, 2013 in Uncategorized 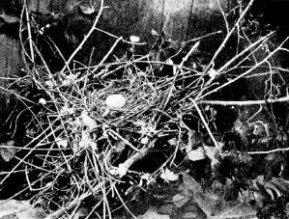 Posted by Comfortably Numb on June 19, 2013 in Uncategorized Just stupid little things getting to me and building up and I cant control it. like today we were messing around in bed (not like that) and I straddled him pinning him down with my knees and telling him about something – I don’t know what but lets say a dream for arguments sake. He lay there with his eyes closed listening and I told him I wanted to show him or re-enact a situation which had occurred -my impression of a facial expression or whatever i.e. ‘do a really bored/uninterested look and I will show you what they did….‘  He wouldn’t open his eyes…So I pinched him -which made him open them wider than usual lol but then he shut them again. It was stupid but it went on for a few minutes and it really hit a nerve.Not wanting to show him how stupidly offended I was getting I went to move off him but he held me there (playfully don’t worry) and he said ‘no no where do you think you’re going?  I thought you were telling me a story etc….’ but I couldn’t say anything because I would have burst out crying. I said it didn’t matter and tried smiling/shrugging it off which then made me sound like I was being purposely awkward so we both gave up and went on with our morning.

I don’t know if anyone knows what I’m talking about or why I got so upset…I’m not even sure I know…after all he had just woken up and he said his eyes were still heavy…we have all been there but I suppose the obvious thing is the lack of eye contact. Me straddling and him with his eyes shut is all too familiar for me; we haven’t done ‘bedroom stuff’ that way for a while now and I think being back there…even fully clothed with nothing sexual going on …well I’m clearly not OK with it. Is this what people mean when they talk about triggers? Things that hit a nerve and take you back to somewhere you really don’t want to go? Or is this just expected in my situation? I mean its still only been… almost 3 months since all of this kicked off so maybe I just haven’t progressed enough in that situation for me to be able to get past it?

‘A particular train of thought persisted in, be it good or bad, cannot fail to produce its results on the character and circumstances. A man cannot directly choose his circumstances, but he can choose his thoughts, and so indirectly, yet surely, shape his circumstances.’
‘Self-control is strength; Right Thought is mastery; Calmness is power.’

But how CAN I always think good thoughts when the reality isn’t always good? Or when the thoughts are of the negative actions of someone else? -i.e. my husband. I’m struggling to find the balance…I mean I’m all for positive thinking and positive energy but it cant stop someone else from screwing you over and it cant change what’s happened can it? Pushing your gut feelings away and forcing good thoughts…ignoring your instincts despite past experience…making yourself believe good things when things are shitty…isn’t that denial? isn’t that unrealistic?

We both had the afternoon off together and he wanted to show me a few videos of a game show he used to watch but I had never heard of. I was on the laptop when he remembered the name of it and with that he whipped out his Xbox controller and got the video up online using that!….I had forgotten that internet explorer and youtube existed on his xbox… (stupid) so THAT raised the anxiety up a few levels but how am I meant to then keep thinking good thoughts knowing that’s there…unlimited…unblocked…while I’m out at work in the evenings.

How do I stop wondering whether or not he will break the little bit of trust we have built back – and my heart- all over again by logging on and getting off?

How can I stop the thoughts that he’s still doing it regularly behind my back…because I don’t understand how else he would be doing so well without it?

How can I stay positive knowing that I do NOT trust my own husband to respect me enough to refrain from doing it? <– THAT hurts!

I cant stand it…it makes me panic, it makes me feel sick it puts me on edge to the point of breaking. I’ve just told him (through tears) that if he hurts me (porn/secrets) one more time I WILL be gone. I wont WANT to …but I NEED to and I WILL walk away. I can not take any more hurt. I told him I didn’t know what was real anymore and that it scares me. He held me tight for a long time and told me that it wont happen, he’s not going to hurt me and he is being himself with me… no major acting (aside from the usual that we all do i.e. ‘I’m fine’ when he’s actually pissed off and tired from work etc) and no more lies. I’m forcing myself – willing myself to believe him…what more can I do? Right now all I am hanging on to is hope…and my positive genuines:

Posted by Comfortably Numb on June 1, 2013 in Uncategorized

Where do i begin! I suppose you will notice I have never attempted blogging before nor learnt how to spell the word “world” (yes the URL is wrong and meant to be world not wirld) but lets not get bogged down with how special I am.

My name is Steve, I’m 27 and currently looking after my Father after losing my Mother to liver disease. For the past 15 months I have been studying graphic and motion design via the use of YouTube (who knew their was more than “cats do the funniest thing” on there).

I wont go rambling on in my first blog so I will keep it short and sweet, it’s time to make changes in my life and feel the best way to do this is to express my thoughts and feelings as well as show my talents to the world (see I can spell it right).

Posted by Comfortably Numb on May 15, 2013 in Uncategorized

Pouring my art out…BRING IT!

Pouring My Art Out issued a warning (here) recently stating:

‘I am going to visit all of your blogs randomly, steal pictures, and do stuff to them in Photoshop.’

Well…although I doubt he would get any good use out the one image of me on here; his threat still had me on edge…I mean…he COULD do something to my image, there’s nothing stopping him, but what would he do?

I began feeling like a woman being stalked or a lamb being led to slaughter…its intense, its possible…it’s a little creepy

So to take my mind off it I decided to do THIS…. 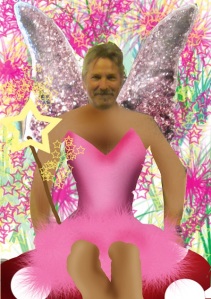 You cant scare me anymore; I’ve faced my demons (or just you really so…demon) and in such a pretty dress how could you possibly be scary? Or cree… ok yeah its still creepy.

Posted by Comfortably Numb on April 25, 2013 in Uncategorized

hautemesslife.wordpress.com/
omg he said what?